On the 18th of May 2017 another event of Translation Europe Workshop took place on the University of Gdańsk. Current Challenges of Medical Translation was the second conference our Club helped to organize this academic year. It was easier with our experience and more people involved.

We participated in advertising the conference and a week before we were already preparing the certificates for participants. Then we had to perform the boring job of unpacking and preparing folders and all the materials. One the 18th of May we all showed up to make our job!

As it was the previous time, we had simultaneous translators making sure everyone could understand what was going on. Two boys were the most active ones, working furiously in the booth. Club members visited them regularly; they asked if they wanted something to eat, using small posters with messages shown behind the glass. 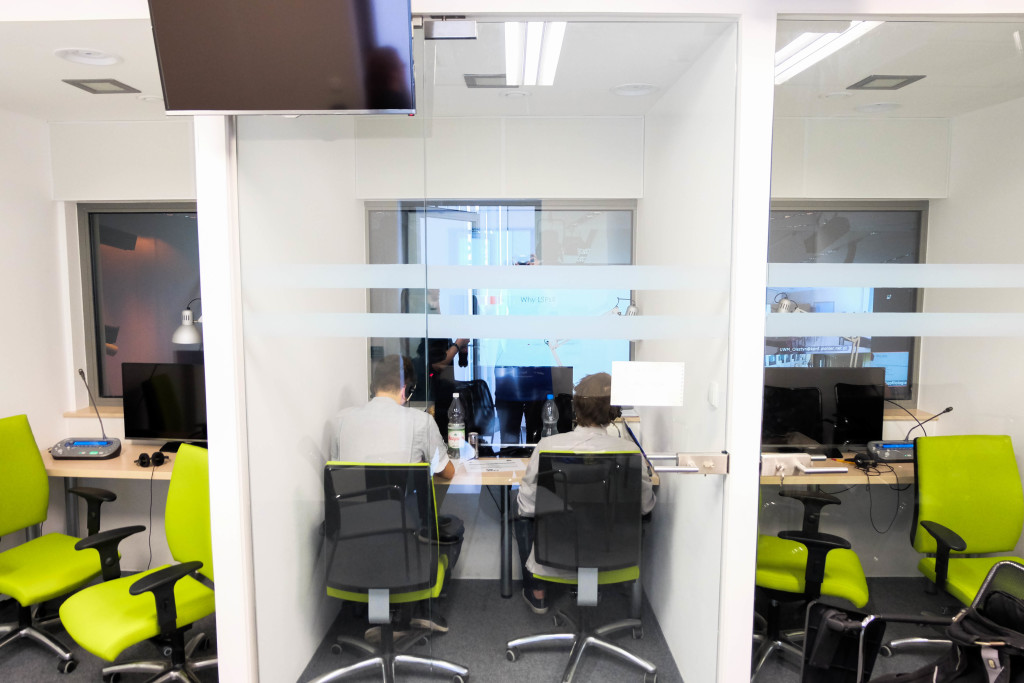 Our chairwoman was a “time–guard”; she was to signal the lecturers were about to finish their presentations. Tough job, really. Hopefully they were not angry for too long, as they received small gifts and certificates of appreciation in the name of the University after their speeches from the very same person.

Social media team included 3 members who informed about the events as they happened. Facebook, Twitter, Instagram, Faculty website; we were everywhere. We just know how to do it :D Another group registered people and gave them certificates. They also had to take care of the headphones for the people who were interested in Polish translation. All of us were available to participants and lecturers; we answered every single question, helped with all sorts of problems and made sure no one got lost. 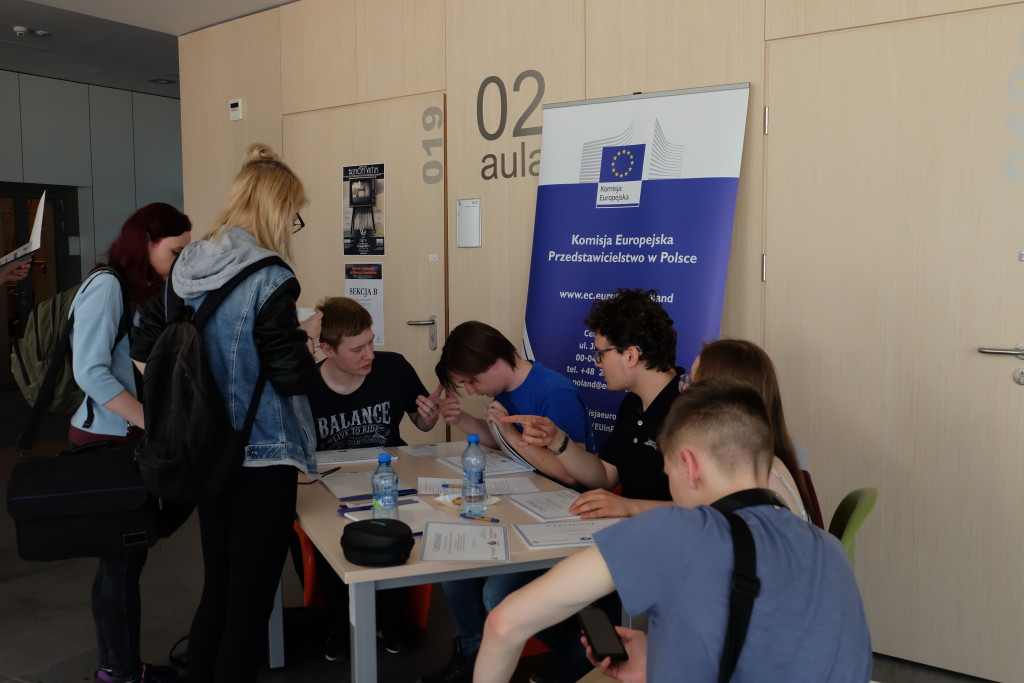 A technical support was also on our part. We took care of the stream to Toruń, Cracow and Olsztyn, as well as rose the wall to split the room into two small ones. When there were two presentation at one time, things went pretty hectic. Things like a broken microphone led to furious races from one room to another. But me made it, obviously :) 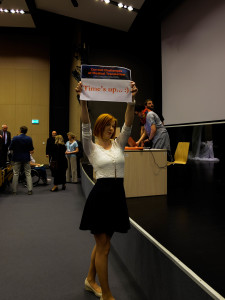 After preparing the rooms for workshops we could finally calm down a bit. It was a crazy day. We all left the university in the evening, reeling like ghosts, trying not to die on our way home. It was tough, but it was fun. Our team is great! Our own conference will be a great success too, we know it!